Create a robot based on a history or science topic!

This project accomplishes objectives related to both the Mt. Lebanon School District’s strategic plan and the Pennsylvania State Standards in history and science. In the District’s 2012-2018 strategic plan, goal #2 identifies student mastery of specific 21st century competencies as a point of emphasis.  This project would support that goal in several specific areas including:

PA standards for history that are met in this project include the following: 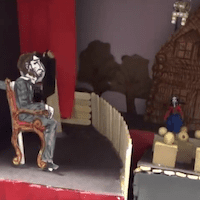 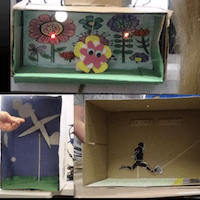 EPIC (Electronic Project Interdisciplinary Creation) was developed in the Mt. Lebanon School District (PA) as a collaboration between Cindy Bronen, a middle school science teacher, and Amy Barone, who teaches middle school history. This is as an end-of-year interdisciplinary project in which students learn basic programming skills and demonstrate something they learned in science or history during the year. This is an open-ended project; in the first year, topics ranged from a diorama depicting the Battle of the Alamo to projects depicting Newton’s laws of motion.

This project takes place during the last two weeks of the school year with over 110 students. Each period, one history and one science class are combined for a total of 45-50 students. These classes include students at a wide range of ability levels, including special education students.   This project was designed so that all students can be successful. Students who are able are highly encouraged to take their projects as far as they can. In addition, this project supports the curricular focus of a newly-developed STEM Academy that emphasized STEM curriculum, research, applications, 21st century skills, and scientific literacy.

Three documents are provided for this lesson: EPICSlides.pdf, EPICStudentPracticePacket.pdf, and EPICProjectPacket.pdf. The general steps are outlined below: