Make the Finch move in a spiral!

This activity addresses Common Core math standards that deal with variables (6.EE.A, 6.EE.B, and 7.EE.B). At the high school level, this activity can be used as an example of a simple function (HSF.IF.B and HSF.BF.A).

Write a program that makes the Finch move in a circle with the left wheel at 60 and the right wheel at 15. What is the approximate radius of the circle? You may want to attach a marker to the Finch as shown in DrawBot.

Next, try out a repeat block. You can find this block on the Control menu. The repeat block repeats whatever is inside if a specific number of times. For example, the script below makes the Finch beak blink on and off five times. Try it out!

To make the Finch draw a spiral, you want to gradually change the speed of the right wheel. You can do this using a variable. To create a variable, go to the Variables menu and click Create a Variable. The New Variable window will appear. Call the variable “speed” and click OK.

You will notice that the Variables menu looks different now. Now it contains a block for your variable. Also, the value of the variable is shown in the top-left corner of the stage.

Before you use a variable in a program, you should always give it a value. This is called initializing the variable. To initialize the variable, use the set to block. Be sure the click on the black arrow in this block to select the name of your variable.

You will use the repeat block to gradually increase your speed variable. An example is shown below. What will be the value of speed at the end of the script? 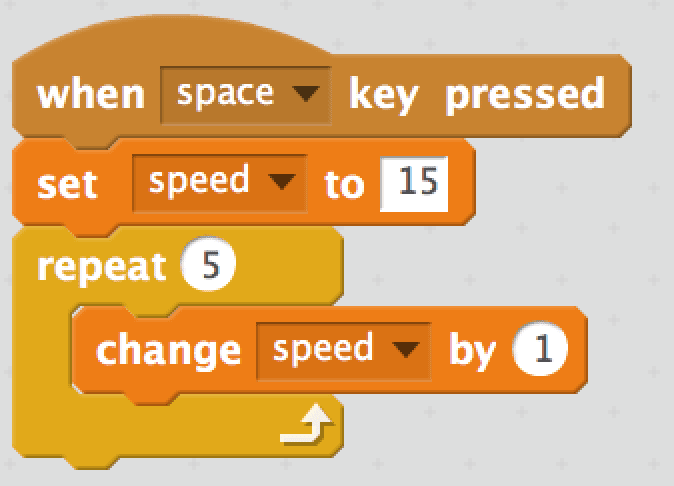 Once you have a basic spiral, see what variations you can make! This picture was made with a long-exposure photograph of an LED attached to the Finch. 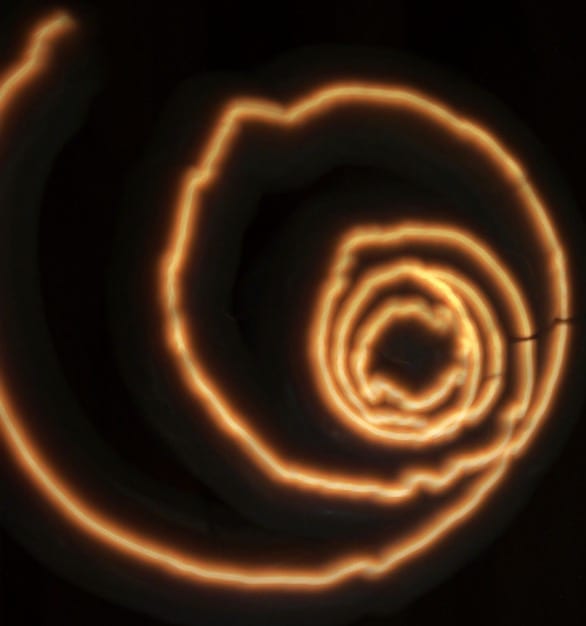